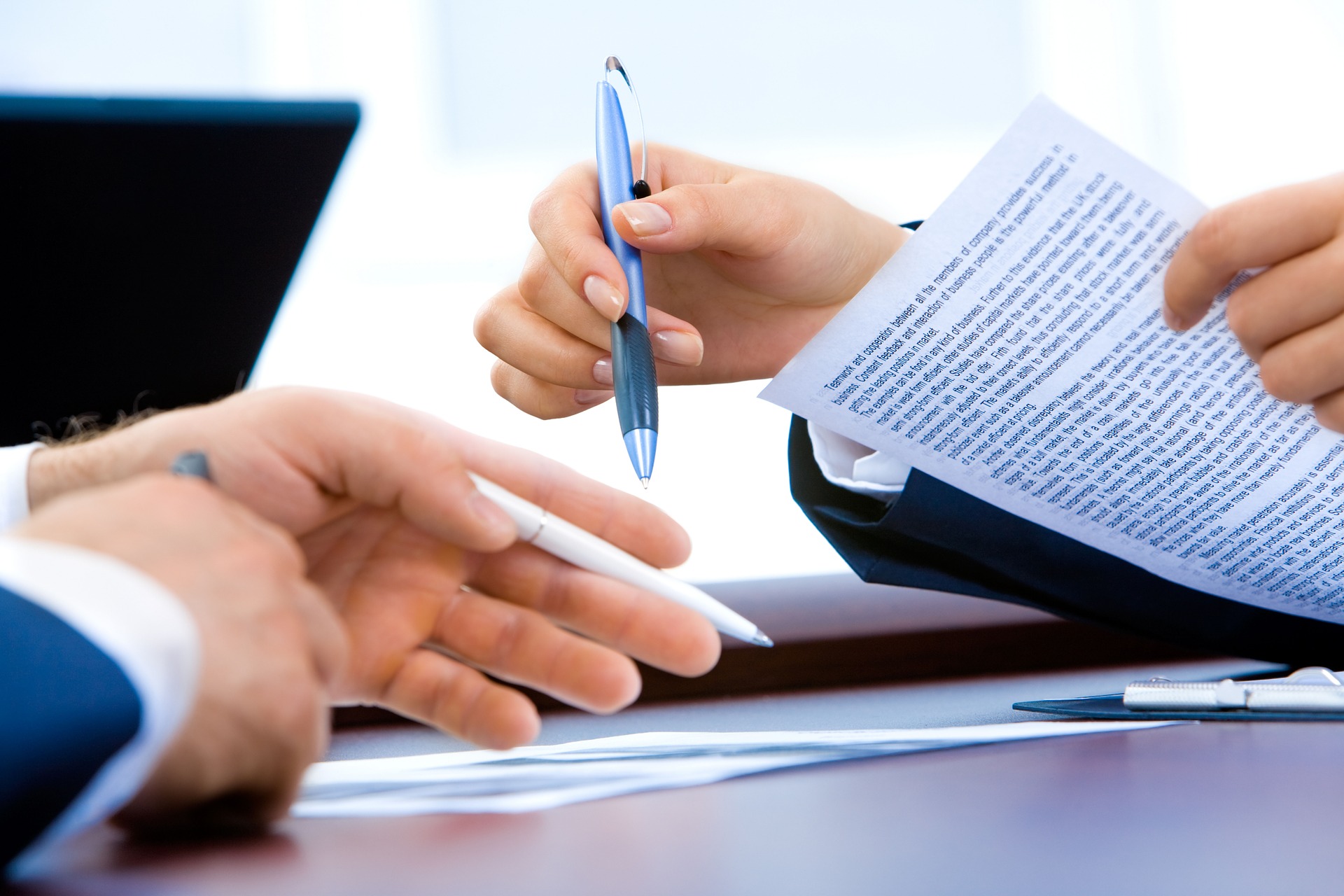 bonus – premia; A sum of money added to a person’s wages as a reward for good performance.

curriculum vitae –życiorys; A brief account of a person’s education, qualifications, and previous occupations, typically sent with a job application.

dismiss – zwolnić (z pracy); Remove from employment or office, typically on the grounds of unsatisfactory performance.

employer – pracodawca; A person or organization that employs people.

employee – pracownik; A person employed for wages or salary, especially at non-executive level.

fire -wylać z pracy; Dismiss (an employee) from a job.

job interview – rozmowa o pracę; A formal meeting in which an applicant is asked questions to determine their suitability for a particular job.

make redundant – zwolnić z powodu np. redukcji etatów; To dismiss because of not being needed.

maternity leave – urlop macierzyński; A period of absence from work granted to a mother before and after the birth of her child.

paycheck (US) – wypałata/dochód; A salary or income.

perk – dodatek; skrót od: perquisite; A benefit to which one is entitled because of one’s job.

promotion – awans; The action of promoting someone or something to a higher position or rank or the fact of being so promoted.

promote – awansować kogoś; Raise (someone) to a higher position or rank.

prospects – możliwości; Chances or opportunities for success or wealth.

recruit – rekrutować; Enrol (someone) as a member or worker in an organization or as a supporter of a cause.

recruitment – rekrutacja; The action of finding new people to join an organization or support a cause.

retirement – emerytura; The period of one’s life after retiring from work.

salary – wypłata; A fixed regular payment, typically paid on a monthly basis but often expressed as an annual sum, made by an employer to an employee, especially a professional or white-collar worker.

staff – zespół, załoga, pracownicy; All the people employed by a particular organization.